Bitcoin has pulled back from the recent highs above the $60,000 level, but the pullback has been limited and the coin traded at $58,300 on Monday. The coin could move higher again this week, but risk markets are on alert over bond yields after the Fed’s inaction saw them test the 1.70% level. Recent talk of stimulus billions flowing into BTC has not seen a big move in the coin and this could be down to its recent surge, with investors looking around for larger risk/reward plays.

Securities and Exchange Commissioner Hester Peirce talked of regulation on a virtual conference call last week, saying that “evidence-based rulemaking is not yet the norm in crypto-regulation”.

Peirce was talking to an event hosted by the British Blockchain Association. According to a transcript, Peirce displayed a positive stance on cryptocurrencies, noting that authorities spend too much time focusing on the “illicit” use of the technology.

Perhaps, government officials should pause to consider the flip side of crypto—its value in protecting people from illicit activity. Because of its ability to reach people without intermediaries and its ease of storage, transport, and access, crypto can be an important part of the survival story of people living under the threat of harm by their families, people in their communities, or repressive governments.

The comments come after recent statements from the former head of the CFTC, and incoming head of the U.S. Securities and Exchange Commission (SEC) Gary Gensler, who is also seen as “pro-crypto”.

Bitcoin and other cryptocurrencies have brought new thinking to payments and financial inclusion, but they’ve also raised new issues of investor protection that we still need to attend to. If confirmed at the SEC, I’d work with fellow commissioners to both promote the new innovation, but also at the core to ensure investor protection.

It is likely that some form of action will come soon after ECB Chief Christine Lagarde previously called for “global regulation” on the industry. Last week saw a sell-off in BTC on rumours that the Indian government was set to ban cryptocurrencies.

Bitcoin could make a move for the $60k level again this week but US GDP on Thursday, followed by inflation on Friday could bring the risk of a pullback with stocks.

XRP was facing its own brush with regulators over the claim that XRP is a security issued by Ripple- a claim which the developers refute. The coin is up almost 10% on Monday after lawyers from the SEC suggested that the exchanges which de-listed XRP, would be able to relist the coin without violating guidelines.

The recent discovery hearing into the case saw the agency saying that “only Ripple and affiliates of Ripple” could have illegally sold the coin. This was in response to a judge’s statement that everyone who sold XRP, including retail investors, would be selling illegal securities. The SEC lawyer rejected this notion and responded on the record by saying:

This means that only the Ripple employees and executives would be violating regulations by selling the coin and it could give reassurance to exchanges such as Coinbase, which suspended trading in XRP. It has been suggested that XRP whales, which make up the top 0.01% of XRP holders, have added 37.5 million XRP in response to the latest comments.

The XRP coin was a long-time holder of the third-largest coin spot, but it has recently dropped to the seventh spot.

The price of XRP is seeing support, with a move to the $0.55 level and this could build on the recent news if exchanges look to relist the coin. XRP is still below its November high around $0.78 and has missed out on the gains of other coins in the recent Bitcoin-driven rally.

One of the drivers for the coin was the inclusion of BTT in a Binance trading competition of Justin Sun’s projects, which the Tron founder tweeted to followers. 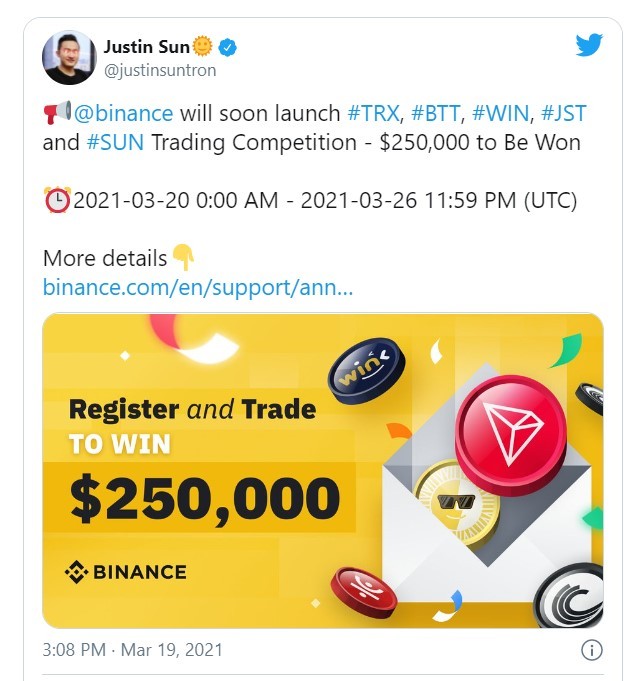 Sun’s Tron Foundation acquired BitTorrent, the peer-to-peer file-sharing software, in 2018. The BTT token runs on the Tron protocol and users of the BitTorrent network are rewarded for sharing files. Another recent boost for BTT has been a coming addition to the DLive streaming community, which is a blockchain home for content creators and viewers. BTT will soon be available on DLive for gifts, subscriptions, and user rewards. 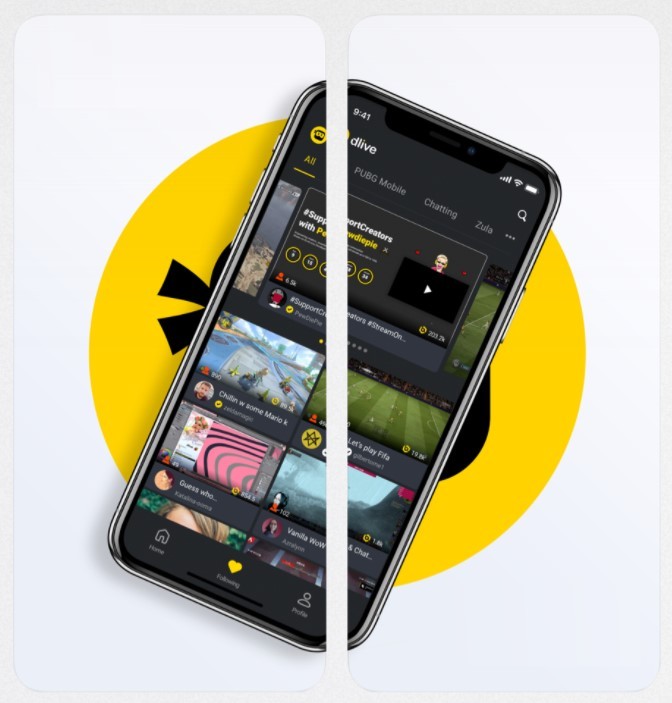 BitTorrent is now ranked at number 32 in the list of coins with a market cap of $3.5bn.

Cardano’s ADA coin saw an 18% gain on the week after it was revealed that the coin was now trading on Coinbase Pro and the retail exchange.

This marks another significant milestone in the development of Cardano, allowing Coinbase’s extensive user base to access ADA for the first time.

Cardano fans have long been calling for a Coinbase listing and it adds another element to the volumes in ADA. The listing on the Pro exchange could be a game-changer for the coin as professionals rotate out of coins like BTC and ETH.

The coin is seeing resistance at the $1.40 level and it could pullback with BTC if stock markets move lower.